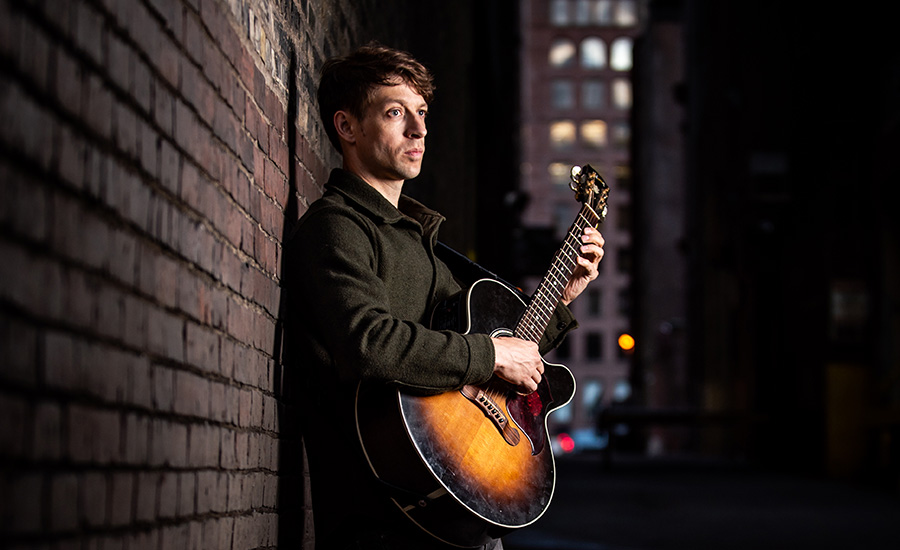 Chris Koza is a composer and performer based in Minneapolis, Minnesota. Both solo and with his band Rogue Valley, he has supported and shared the stage with artists such as Brandi Carlile, Ingrid Michaelson, The Jayhawks, Neko Case, Kathleen Edwards, Dan Wilson, Stephen Kellogg, This is the Kit, and Tift Merrit, among others. His music appears regularly on ABCʼs General Hospital and 60 Minutes, and his song “Be Wild” will be featured as the soundtrack to an upcoming State of Minnesota tourism campaign. His song (Rogue Valley) “The Wolves and the Ravens” was featured in Ben Stillerʼs film The Secret Life of Walter Mitty.

Sleepwalkers Part 1 is Chrisʼs seventh solo release, following Exit Pesce (2004), Patterns (2006), A Friend of a Friend EP (2006), The Dark Delirious Morning (2008), In Real Time (2014), and Beyond the Divide: A Film Soundtrack (2014). Additionally, Chris has also released 5 albums with his band Rogue Valley and 2017ʼs electro-pop collection Off The Screen under the moniker Nobody Kid.

In addition to releasing and producing his own music, Chris is also involved with other projects including performing with Minnesota-based artists The New Standards and Little Fevers. Chris also records and produces other artists, most recently 2 EPs for buzzworthy rockers Early Eyes.

The music Chris produces is rooted in Americana but heeds its own spirit. Born out of folk, country, storytelling and rock ʼn roll, Chris both honors and builds on Americana traditions by incorporating a unique pop-music sensibility, subtle synthesizers, rich harmonies, and imaginative production choices. But despite late-night deep dives in the studio, Chris never strays from the core of the song itself and isn’t afraid to let a raw vocal and woodsy acoustic guitar deliver the story. Chris performs solo, as a duo, and with a band of almost any other configuration.